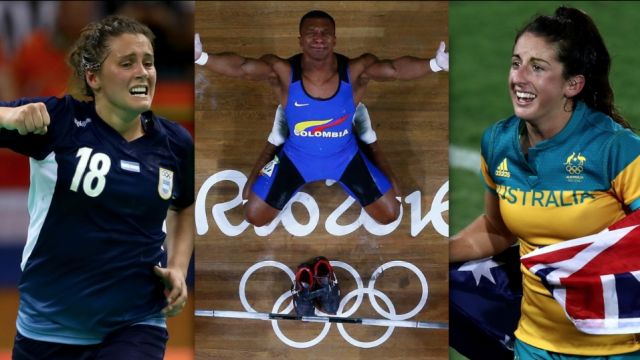 The Olympics — a time when we can sit in our sweatpants and eat snacks on the couch while watching superhumans do incredible things. It's a time for patriotism, sportsmanship and acknowledging the talent and dedication of athletes around the world.

Though the games have barely begun, some viewers are already concerned about sexist coverage of the games.

Corey Cogdell is a three-time Olympic competitor in women's trap shooting, and she's medaled both in Rio and in Beijing back in 2008. But the Chicago Tribune really, really wanted to talk about her husband, a lineman for the Chicago Bears — so much so that they left Cogdell's name and accomplishments out of a tweet about her win. They posted a revised tweet after catching flak.

Hungarian swimmer Katinka Hosszú shattered the world record, winning gold in 400-meter individual medley. After her win, NBC commentator Dan Hicks referred to her husband and coach Shane Tusup as "the man responsible." Twitter was quick to remind Hicks that the person responsible for Hosszú's win was Hosszú.

Another NBC announcer was called out for describing the U.S. women's gymnastics team members, who were hanging out and laughing together on the sidelines after killing it in the competition, by saying they "might as well be standing in the middle of a mall."

This lines up with a study from Cambridge University Press, which found there are differences between the way men and women in sports are reported on. The research found male athletes in a sporting context were "mentioned almost three times more often than women." It also found "Language around women in sport focuses disproportionately on the appearance, clothes and personal lives of women."