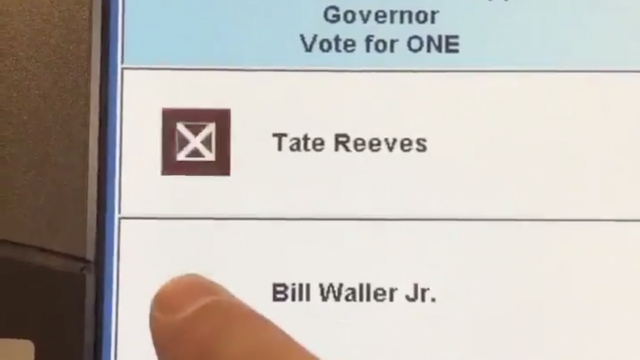 A man in Mississippi recorded a video of an electronic voting machine repeatedly selecting the wrong candidate.

In what might be a political candidate's worst nightmare, one man in Mississippi recorded a video of an electronic voting machine malfunctioning.

"It is not letting me vote for who I want to vote for," Ethan Peterson said.

That voter, Ethan Peterson, was trying to select Bill Waller Jr. in the Republican primary runoff election for Mississippi's next governor. But the machine in Lafayette County repeatedly selected Tate Reeves instead.

Officials didn't immediately say whether the machines just glitched or whether they were tampered with. But either way, just *reports of malfunctioning voting machines add to growing concerns about possible election interference.