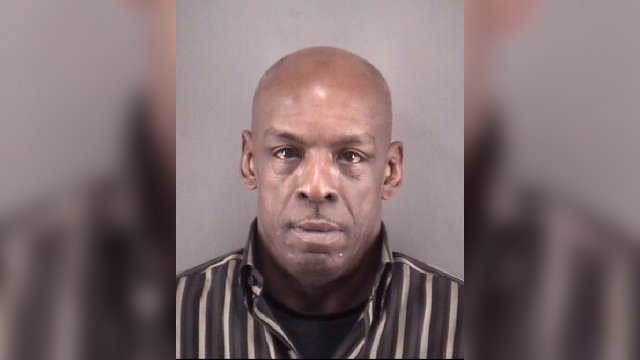 SMS
Video Shows Black Inmate Saying 'I Can't Breathe' Before His Death
By Alex Arger
By Alex Arger
August 8, 2020
The autopsy report said he suffered a brain injury from deprivation of oxygen. A medical examiner said he was also asphyxiated from a restraint.
SHOW TRANSCRIPT

We want to warn you, some of the visuals in this story are graphic.

In December, John Elliott Neville was being held on a pending assault charge in Forsyth County. While in custody, he fell from a top bunk onto the floor, prompting six correctional officers and a nurse to check on him.

Things escalated as officers put a spit mask over Neville's head and moved him to another cell. An autopsy report says he was thrashing about at times and then unresponsive.

One officer can be heard saying, "You can breathe. You're talking aren't you?" and later telling Neville to "wake up" before all of them backed out of the room.

Neville died two days later, after having been transferred to an area hospital. The autopsy report said he suffered a brain injury from deprivation of oxygen. A medical examiner said he suffocated while he was being restrained.

The five corrections officers and nurse in the video have been charged with involuntary manslaughter and been relieved of duty.

The nurse's agency, Wellpath, says its employee didn't engage in any misconduct. Lawyers for the officers say Neville died amid a medical episode and that the officers did the best they could to help him.

Neville's family has filed a civil lawsuit against the county of Forsyth and Wellpath. The county's sheriff said, "I have stood with you from the beginning and will continue to stand with you."