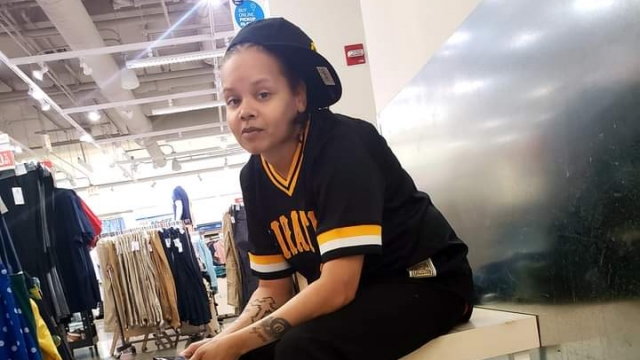 A Chicago police officer reacts after hitting and pinning a woman to the ground with a squad car.

This moment in November of 2019 changed 32-year-old Martina Standley’s life. She sustained a traumatic head injury and severe leg injury— both of which Standley’s attorney says she’s still recovering from.

What happened before police taped off the scene is just coming to light more than a year later.

The footage is now publicly available in part because a community activist legally fought for its release.

“Ma’am, you understand the ambulance is coming for you.”

The footage shows a CPD car stopped and Standley on the sidewalk.

Standley approaches the car and knocks the front windshield.

Within 10 seconds, the police officer turns his wheel toward Standley, apparently accelerates forward and hits her.

“Can I get an Ems for an accident. We hit a pedestrian that was banging on the car," the driver says.

“She fell over?" another officer says.

“I tried to put my car in reverse," says the driver.

Standley’s leg remains pinned under the car for at least eight minutes until an ambulance arrives.

Standley filed a lawsuit days later, demanding $50,000 from both the city and officer, accusing the officer of “weaponizing his patrol car.” The case is still pending in state court.

The scene — now garnering national attention — adds fuel to growing criticism against the Chicago Police Department and mayor’s office, both accused of covering up allegations of excessive use of force.

"You purposefully tried to kill that girl!”

Chicago has a policy requiring footage of use-of-force incidents to be released within 60 days. But a spokesman at Chicago’s Civilian Office of Police Accountability said a review of Standley’s footage determined the incident did not involve use of force, despite the fact that a police officer hit her with his car.

Standley’s attorney says the city is not acting transparently:

“It took the City of Chicago several months to release the video evidence. It's imperative that Mayor [Lori] Lightfoot, Supt. David Brown and the law department take steps to make sure videos are released in a timely fashion and that Chicago police officers are trained to value the sanctity of life.”