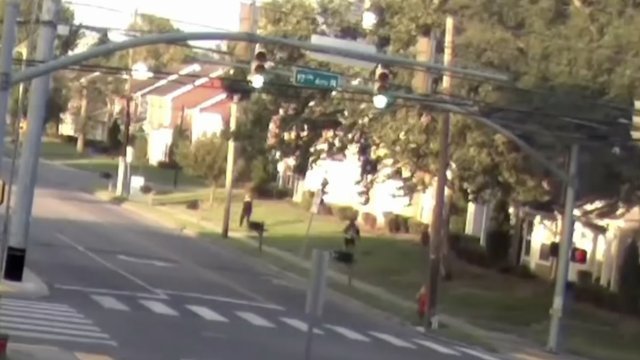 Delke was looking for stolen vehicles when he first encountered Hambrick. According to Newsy's partners at WTVF, Hambrick led police on a chase. Police say when Hambrick stopped the car and got out, he was holding a gun. The department later shared a picture of what it said was Hambrick's gun on Twitter.

Surveillance video shows Delke chasing Hambrick on foot. After a short pursuit, the officer plants his feet and fires his gun while Hambrick is running away from him.

The Tennessee Bureau of Investigation and the Nashville district attorney are investigating the shooting.

After the surveillance video was released, Nashville's mayor said he had already asked the city's police department to "undergo a comprehensive review of its policing strategies."

"My role is to make sure that on the front end, we are doing the absolute best we can as a community when it comes to policing," Mayor David Briley said.