Video Game Voice Actors Are Pushing For A Strike 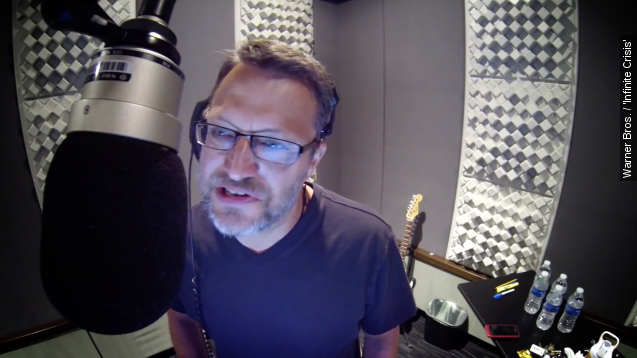 SMS
Video Game Voice Actors Are Pushing For A Strike
By Carter Woodiel
By Carter Woodiel
September 23, 2015
Some of video gaming's most famous voice actors are threatening to go on strike, claiming their employers aren't giving their work proper respect.
SHOW TRANSCRIPT

As video game technology has advanced over the years, games are starting to look more and more like movies. And now, the voices behind some of gaming’s most popular characters are demanding this be reflected in the way they’re paid. (Video via LucasArts)

SAG-AFTRA, the union that represents the actors, claims its members are asking for benefits already granted to workers in industries like movies and TV, and its members are currently voting on a strike if their demands aren’t met.

They include what the union calls a “backend bonus,” in other words, a payment to voice actors after the game they worked on sells a certain number of copies. The union points out how this practice takes place in film and TV production. (Video via Warner Bros.)

The union’s stance also calls for limits on what it calls “vocally stressful" recording sessions — like a character reacting to taking damage in a game.

According to union guidelines, at least 75 percent of SAG-AFTRA members will need to vote "Yes" for the strike to begin. So far, support for the measure has been remarkable.

Two Twitter hashtags, #PerformanceMatters and #IAmOnBoard2015, are filled with support from voice actors and fans, with big names like Jennifer Hale of "Mass Effect," D.C. Douglas of "Resident Evil" and Wil Wheaton joining the cause.

As for the other side of the argument, game publishers have stayed pretty quiet as of now, not publicly responding to claims by the union their proposals are “crazy” and possibly illegal.

Voting on the strike is slated to close Oct. 5. If the votes counted warrant a strike, the actors’ union says it will ask employers to negotiate one last time before beginning a work stoppage.