These Are The Victims Of The El Paso Shooting 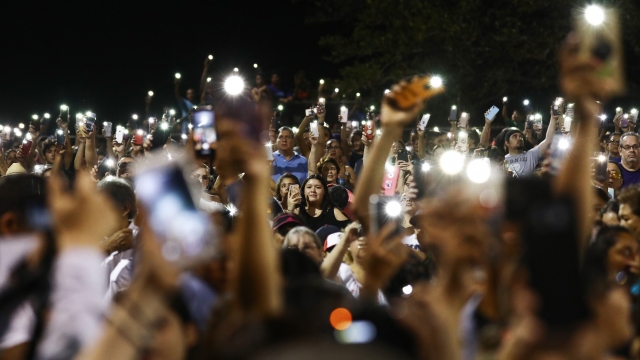 Twenty-two people were killed Saturday in a shooting at an El Paso, Texas, Walmart. Here are their stories.

The Anchondos were at Walmart with their 2-month-old baby boy. Jordan and Andre moved to protect the baby when the shooting began. He survived.

Benavidez served in the Army and Texas Army National Guard from 1978 to 2001. His goddaughter said he could be stubborn but was "super-super giving, caring."

The couple were shopping after dropping their dog off at the groomer.

The couple's son told reporters he had tried desperately to reach his parents after the shooting.

García was shot while standing outside Walmart with his granddaughter, who was raising money for her soccer team. García shielded the girls from gunfire.

The couple's daughter described them as loving parents. "I don’t know how long it will take for my soul to heal,” she wrote in Spanish in a Facebook post.

Hoffman was a German citizen.

Johnson was at the store with his wife and granddaughter. When he heard gunshots, he immediately moved to protect them. They both survived. Johnson's relatives say he'd do anything for his family.

Juarez was the oldest victim in the shooting. His wife of 70 years was also shot but is expected to survive.

Rothe was in El Paso to pick up her teenage daughter from the airport. She stopped at Walmart while she was waiting.

Márquez, a teacher, was visiting family in El Paso. Her husband said she was "the most wonderful of women, a being full of life who will continue to light our path for the time that life gives us."

Manzano was described as a hard worker and devoted husband and father. A colleague said Manzano was passionate about his sales and marketing career.

Márquez's aunt said she was a "dedicated mother, grandmother and friend."

Reckard's husband described her as a sweet, loving wife. "When I met her she was an angel and she still is," he said.

Rodriguez was a student at Horizon High School in El Paso. His aunt said, "Learning to live with this pain will be hard."

Sanchez was shopping when she was killed.

Sliva-Elisbee raised her seven children on her own after her husband died of a heart attack. Her granddaughter described her as a strong woman.

Velázquez was a father of five. His son said he was hard-working. Velázquez's wife was also shot but is expected to survive.

Editor's note: Family members and the Mexican consulate may have provided different spellings for some names.