While Some Republicans Criticize, Mike Pence Says He Stands With Trump 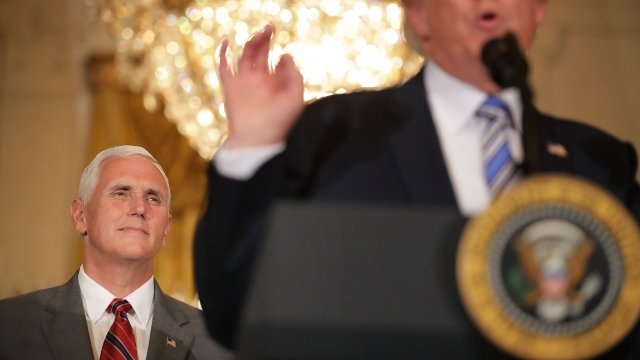 SMS
While Some Republicans Criticize, Mike Pence Says He Stands With Trump

By Jake Jones
August 16, 2017
Republican leadership in Congress didn't go as far as to mention Trump but did condemn neo-Nazi and white supremacist groups.
SHOW TRANSCRIPT

"What happened in Charlottesville was a tragedy. And the president has been clear on this tragedy, and so have I. ... I stand with the president," Vice President Mike Pence said.

It seems Pence has defended the president, even as some members of the GOP have done otherwise.

The latest example? The violence in Charlottesville, Virginia.

In a press conference Wednesday, he defended President Donald Trump's first response to Charlottesville, even when Pence was pressed by a reporter.

But several members of the GOP scolded Trump when he initially blamed "both sides" for the violence over the weekend.

Some, including Sens. John McCain and Marco Rubio, called for harsher condemnation of so-called alt-right and white nationalist groups involved in the rally.

Pence's steadfast support for Trump has been a defining feature of his time in office.

And during the campaign, Pence forgave Trump for comments he made in a 2005 "Access Hollywood" tape, then picked up the president's defense for what was said as "locker room talk." 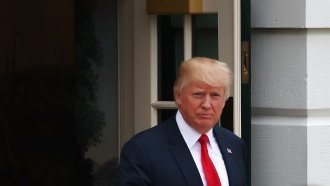 Pence recently called a New York Times article suggesting he was gearing up for a presidential run in 2020 "disgraceful and offensive."

Pence cut his trip to South America short, opting to return on Thursday to rendezvous with Trump at Camp David on Friday for meetings focused on North Korea.