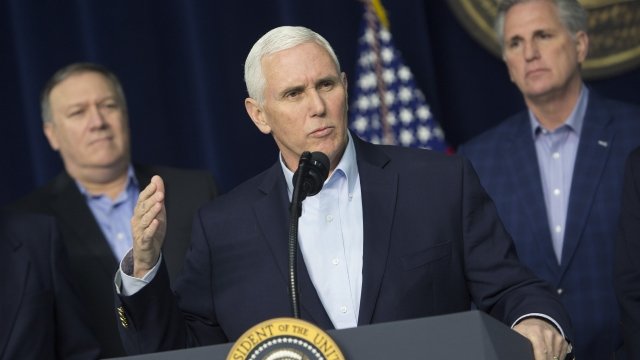 Vice President Mike Pence will be in the Middle East later this month, his office announced Monday.

Pence had postponed his trip in case his tie-breaking vote was needed to pass the GOP tax overhaul in the Senate. Another complication was President Donald Trump's recognition of Jerusalem as Israel's capital. Palestinian Authority President Mahmoud Abbas backed out of his planned meeting with Pence to protest Trump's decision.

Pence will leave Washington, D.C., for Egypt to meet with President Abdel-Fattah el-Sissi. Then the VP will head to Jordan and meet with King Abdullah II before spending the latter two days in Israel.

His trip was originally focused on Christians and other religious minorities and was planned for late December.

Now, his office said the trip will focus on terrorism; Pence will "reaffirm our commitment to work with the United States' allies in the region to defeat radicalism that threatens future generations."