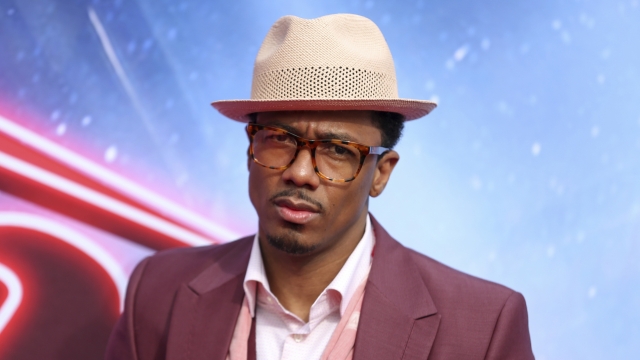 SMS
ViacomCBS Cuts Ties With Nick Cannon Over 'Anti-Semitic' Comments
By Gage Jackson
By Gage Jackson
July 15, 2020
The broadcast giant pointed to "anti-Semitic" and "hateful" remarks Cannon made on his podcast.
SHOW TRANSCRIPT

The broadcast media giant ViacomCBS has officially cut ties with Nick Cannon over comments he made on his podcast.

On an episode that aired in late June, Cannon discussed racial bias with former Public Enemy member Richard Griffin, aka Professor Griff, who left the group after making homophobic and anti-Semitic remarks.

In the episode, Cannon said Black people are the "true Hebrews" and discussed anti-Semitic conspiracy theories regarding the Rothschild family. He also agreed with Griffin's claim that majority control of the media is held by Jewish people.

Cannon said, in part: "You can't be anti-Semitic when we are the Semitic people, when we are the same people who they want to be. That's our birthright. That's our birthright. So if that's truly our birthright, there's no hate involved. ... And it gets real wishy washy and unclear for me when we give so much power to the theys. When we talk, and then the theys then turn into the Illuminati, the Zionists, the Rothschilds, the Bilderbergs, the Freemasons, right? And as a community, I feel, and I've done this myself, I want to blame others for the position that I'm currently in."

In a statement to NBC News, ViacomCBS said it was "deeply troubled" that Cannon did not acknowledge or apologize for his remarks. Cannon responded with his own statement, accusing the company of lying about why he was fired and not responding to him when he tried to apologize.

He also pushed back on Facebook, saying: "I do not condone hate speech nor the spread of hateful rhetoric. ... But now I am the one making demands. ... I demand that the hate and back door bullying cease and while we are at it, now that the truth is out, I demand the Apology!"

Cannon has been a part of ViacomCBS for more than two decades, hosting shows including MTV's "Wild 'N Out" and several Nickelodeon programs.