VFW To President Obama: We're Not Confused About Right-Wing Pundits 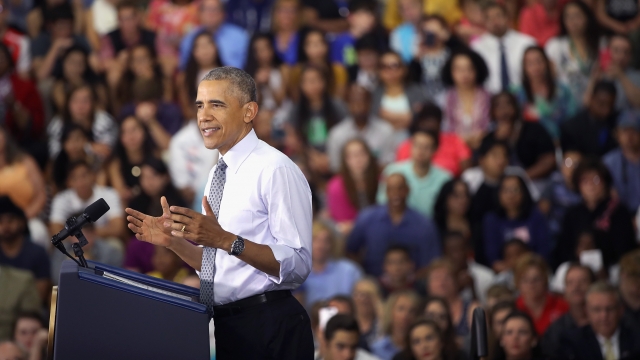 Speaking on current political rhetoric, Obama said: "We have been hearing this story for decades. Tales about welfare queens, talking about takers, talking about the '47 percent.' It's the story that is broadcast every day on some cable news stations, on right-wing radio. It's pumped into cars and bars and VFW halls all across America, and right here in Elkhart. And if you're hearing that story all the time, you start believing it."

One of the largest veteran's groups in America has a message for President Barack Obama: We're not confused.

The VFW stands for Veterans of Foreign Wars. The organization said in a statement: "We don't have confused politics ... and we don't need any President of the United States lecturing us about how we are individually affected by the economy."

The statement went on to say, "I don't know how many VFW Posts the president has ever visited ... but our near 1.7 million members are a direct reflection of America, which means we represent every generation, race, religion, gender, and political and ideological viewpoint."

The outgoing commander-in-chief made his remarks on the economy in Elkhart, Indiana, a place that voted against him in the 2008 and 2012 elections.

While he didn't mention presumptive Republican Party presidential nominee Donald Trump by name, it's pretty clear who his criticism was aimed at:

"They say one of the reasons the Republican Party has picked the candidate that it has ... " Obama said.

The VFW said in 2010 the group "will not enter the political arena ... by providing endorsements for political candidates," and it wasn't among the groups that received donations from Trump. But a spokesman commended Trump for "properly taking care of veterans."