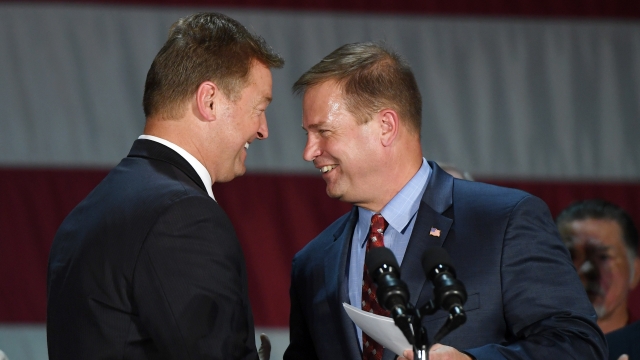 He didn't last long on the job: He was appointed by President Donald Trump and confirmed by the Senate in September. Axios first reported Byrne was fired.

VA Secretary Robert Wilkie said in a statement: "Today, I dismissed VA Deputy Secretary James Byrne due to loss of confidence in Mr. Byrne's ability to carry out his duties. This decision is effective immediately."

Wilkie didn't give further details on why Byrne was fired. Newsy reached out to the VA department for more information, but a spokesperson referred us to Wilkie's statement.

The department has faced criticism recently over its handling of a sexual assault allegation. House committee adviser Andrea Goldstein, a Navy veteran, said she was sexually harassed and assaulted by a man at the VA hospital in Washington. The department's Office of Inspector General investigated, but no charges were filed.

Goldstein published an op-ed Monday, shortly before Byrne's firing was public. She said she was upset about the investigation's outcome and that Wilkie wrote a letter to her boss implying she had lied about being assaulted. Wilkie wrote that the "VA is a safe place for all Veterans" and called Goldstein's allegations "unsubstantiated."

VA Inspector General Michael Missal later addressed Wilkie in a letter, saying just because the investigation was closed without any criminal charges "does not mean that the underlying allegation is unsubstantiated."

VA press secretary Christina Mandreucci told Newsy in an email that Byrne's dismissal "has nothing to do with" the sexual assault investigation.