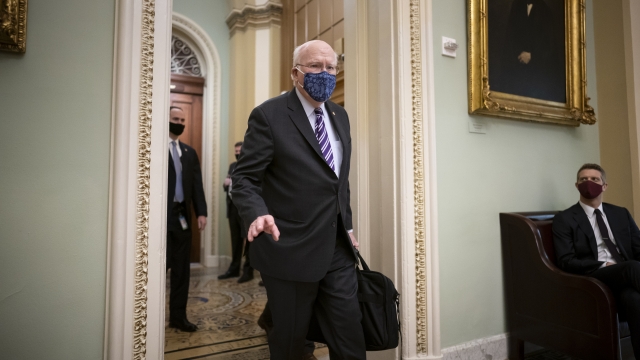 SMS
Vermont Sen. Leahy Released From Hospital, Will Return To Work
By Newsy Staff
By Newsy Staff
January 27, 2021
The 80-year-old Democrat, who is presiding over the impeachment trial, was hospitalized on Tuesday after not feeling well.
SHOW TRANSCRIPT

Sen. Patrick Leahy is back home this morning after a trip to the hospital.

The senator from Vermont was taken to the hospital Tuesday out of an abundance of caution after not feeling well.

Just hours earlier, Leahy began his role of presiding over the impeachment trial of former President Trump. The 80-year-old Democrat is currently the longest serving senator.