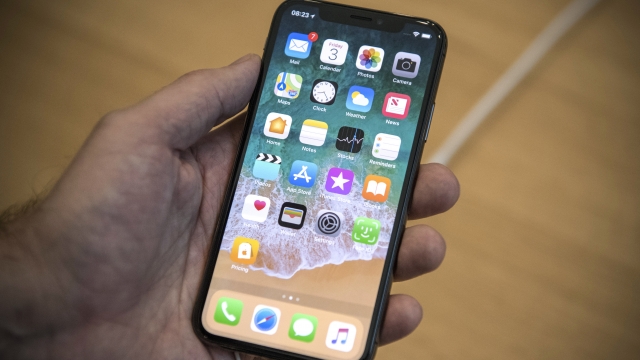 SMS
Vermont Bill Would Ban Cellphones For Those Under 21 Years Old
By Ahmed Jawadi
By Ahmed Jawadi
January 10, 2020
The bill argues the people under the age of 21 "are not developmentally mature enough to safely possess" cellphones.
SHOW TRANSCRIPT

A Vermont senator has introduced legislation that would make it illegal for anyone under the age of 21 to own or use a cellphone in the state.

The bill was introduced Tuesday by a Democratic lawmaker who said he wanted to make a point that a cellphone is more dangerous than a gun. If it passes, anyone under the legal drinking and smoking age caught using a cellphone could face a $1,000 fine and up to one year in jail.

In the bill text, state Sen. John Rodgers argues people under 21 "are not developmentally mature enough to safely possess" cellphones and also says using the phones while driving "is one of the leading killers of teenagers in the United States."

His bill also says that "young people frequently use cell phones to bully and threaten other young people, activities that have been linked to many suicides" and goes on to blame the devices for radicalizing and recruiting "terrorists, fascists, and other extremists" and also enabling mass shooters.

Rodgers is a staunch gun rights advocate. He told The Barre Montpelier Times Argus on Wednesday he introduced the bill to protest that Vermont's Legislature "seems bent on taking away our Second Amendment rights." Rodgers said he has "no delusions that [his bill is] going to pass," adding that he "wouldn't probably vote for it" himself.