Meet Vermin Supreme: The Man Who Says He 'Paved The Way' For Trump 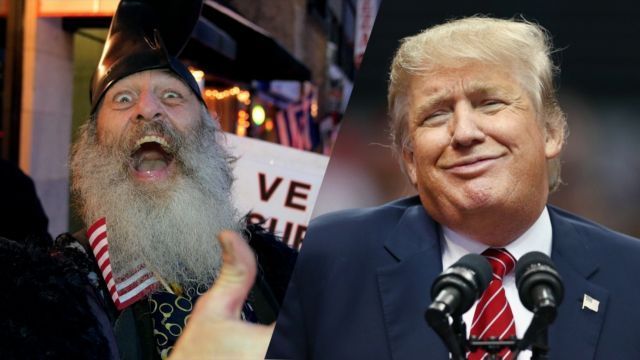 SMS
Meet Vermin Supreme: The Man Who Says He 'Paved The Way' For Trump

By Connor Hickox
October 17, 2016
"I've brought ridiculousness to politics, and he saw an opening and he jumped on in there," Supreme said.
SHOW TRANSCRIPT

This is Vermin Supreme — a staple of the New Hampshire presidential primary.

"Well of course I believe that I paved the way for Donald Trump," Supreme said. "I've brought ridiculousness to politics, and he saw an opening and he jumped on in there."

SEE MORE: We're getting #OffTheTrail and driving cross-country to explore issues that should be front and center this campaign season.

"There's plenty of room for me in this mess," Supreme said. "For sure."

Supreme has run for president in every election since 1992. And his unique platform has been mostly consistent.