Samsung Wants To Shut Down Its Fire-Prone Phones; Verizon Won't Let It 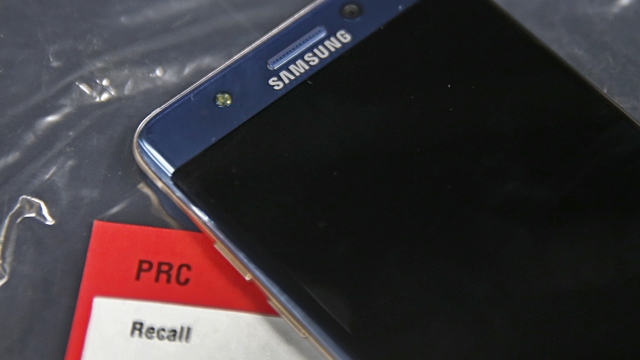 SMS
Samsung Wants To Shut Down Its Fire-Prone Phones; Verizon Won't Let It
By Grant Suneson
By Grant Suneson
December 9, 2016
Verizon is blocking a "death update" to Galaxy Note 7s operating on its network.
SHOW TRANSCRIPT

After a string of embarrassing fire-related failures, Samsung is trying to finish off its Galaxy Note 7 phone for good. Verizon won't let that happen.

Samsung wanted to push a so-called "death update" to its existing phones. The update would essentially turn the phones into expensive paperweights — but, hey, at least they wouldn't explode.

But Verizon won't go along with the update, saying it doesn't want to brick its users' phones in case they need them for an emergency or help navigating during the holiday season.

That may not be the only reason, though. Samsung sold 2.5 million Note 7s before recalling a million of them. About 7 percent of those recalled Note 7s still haven't been traded in.

Verizon's website says each Galaxy Note 7 costs between $83 and $158 per month with a talk, text and data plan on a two-year contract. That's a lot of money Verizon would have to forfeit by switching off the phones.

Unlike Verizon, T-Mobile will roll out the update Dec. 27, and Sprint will follow suit in early 2017.