Verizon Will Let Users Opt Out Of 'Supercookies' 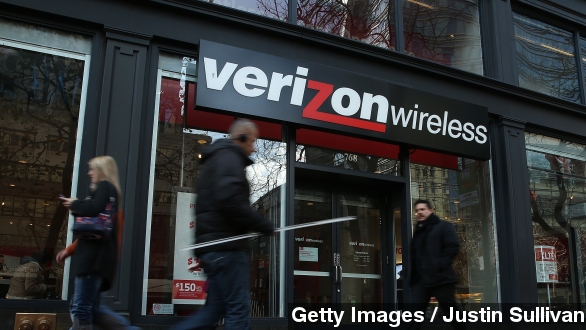 Verizon plans to let users opt all the way out of its “supercookie” ad targeting software.

On Friday the wireless carrier announced users will be able to remove a unique tracking number from their phones.

It’s been a point of criticism for Verizon since late last year. The Electronic Frontier Foundation gave it the ‘perma-cookie’ moniker, on account of it being impossible to remove.

Users have been able to opt out of the marketing tracking associated with Verizon’s identifier, but right now Verizon doesn’t offer any way to delete the code itself from their phones.

Earlier this month, security researcher Jonathan Mayer found other Verizon affiliates were still using its persistent nature to track users, even when they’d opted out of Verizon’s ad targeting. Now, U.S. lawmakers are getting involved.

“Our staff on the Commerce Committee will be investigating this,” said Senator Bill Nelson.

“And other U.S. senators are demanding answers, asking the company how it plans to protect consumer privacy,” said WTSP’s Jennifer Titus.

When news of the tracker popped up again this month, the Senate Committee on Commerce, Science and Transportation sent Verizon a letter asking how and why Verizon is using the tracker, and how the company plans to make sure it’s secure.

A day later, Verizon announced its new policy. “We listen to our customers and provide them the ability to opt out of our advertising programs. We have begun working to expand the opt-out to include the identifier referred to as the UIDH, and expect that to be available soon.”

Good news, to be sure, but some industry watchers still aren’t happy with how Verizon’s handling the situation.

“The announcement looks like a concession, and a minor one at that. Because if it was serious about privacy, then Verizon would have made user-tracking opt-in, i.e. turned off by default and only activated with consent.”

Verizon hasn’t detailed exactly when it plans to offer the new opt-out.