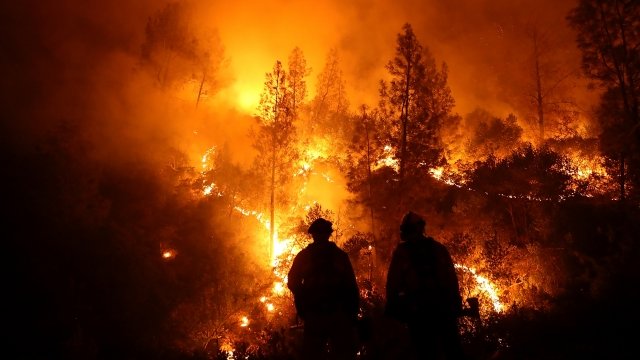 Verizon says it drastically lowered the data speeds of a fire department coordinating the response to California's Mendocino Complex Fire.

The company says it was a mistake in communication that led to the throttling. In a statement, Verizon clarified it typically lifts data caps in emergency situations.

In the suit, Bowden alleges Verizon reduced speeds to 1/200th the normal rate, hamstringing his department's efforts against the largest fire in state history.

Verizon maintains the throttling had nothing to do with net neutrality and was an error.

A department official told Ars Technica in response that it had "everything to do with net neutrality."