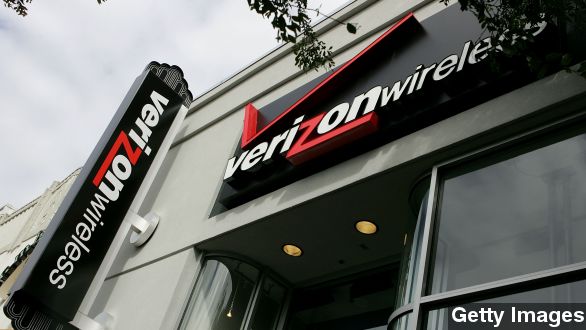 By Evan Thomas
July 26, 2014
Verizon will optimize its network for the heaviest five percent of LTE data users, starting in October.
SHOW TRANSCRIPT

Verizon announced plans to “optimize its network” this week.

Verizon says it will soon start slowing down on 4G power users, the same way it did 3G users: to “ensure that all data customers would have the best network experience.”

But don’t let Verizon hear you call it throttling. The company says it’s more nuanced than simply slowing down data. To get, um, optimized, users will have to trigger certain requirements. (Via Droid-Life, The Verge, BGR)

According to Verizon, the new rules will only apply to the top 5 percent of data users every month, who are currently using a 4G smartphone on unlimited data plans. And they have to be on month-to-month agreements. Long-term contracts are exempt.

Some industry watchers are questioning whether this is really an issue of capacity. At Light Reading:

“While its 3G throttling policy was aimed at migrating customers to LTE, applying it to LTE is all about economics: Shifting the remaining 22% of its customers away from unlimited deals will bring in more revenues for the operator, even if the policy only affects a small subset of customers.”

And sure enough, GigaOM reports this comes as Verizon is doubling or tripling its LTE capacity across wide areas of its network. But a spokesperson said this new plan is future-proofing.