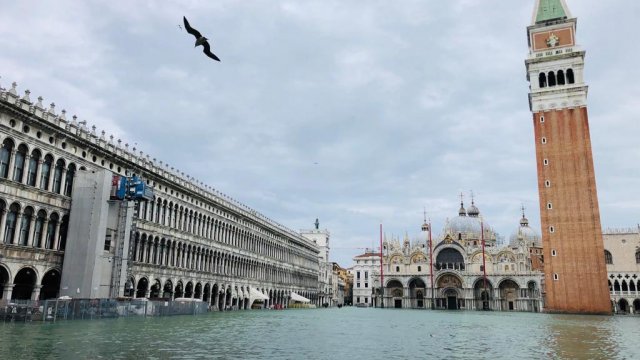 Large parts of Venice are underwater again after another exceptionally high tide hit the Italian city.

The famous St. Mark's Square was closed due to the rising waters, but that didn't stop some tourists from exploring the streets in rubber boots and plastic garbage bags.

Last week, Venice was hit by the highest tide waters in half a century. The historic high tide peaked at just over six feet. And it left behind significant damage to homes, businesses and other structures.

Venice's mayor has estimated the flooding damage at hundreds of millions of dollars. A state of emergency has been declared in the area.