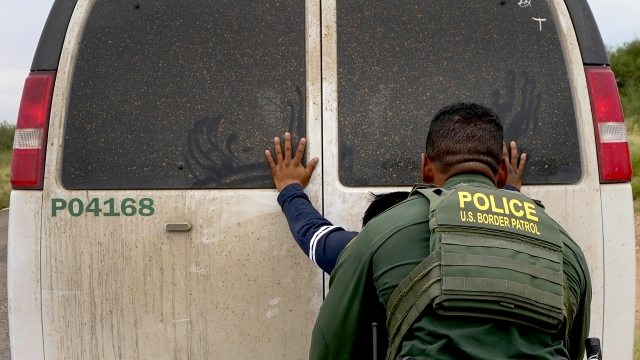 In August, U.S. Customs and Border Protection stopped more than 25,000 people from Venezuela at the southern border — a 43% monthly increase.

Immigration has become a hotly contested issue during the 2022 midterm election cycle. But while political stunts and talks of meaningful reform stall in Congress, more and more people continue to flood the already overwhelmed system.

At the end of September, the U.S. recorded an all-time high of 2 million arrests at the nation's southern border. The vast majority of those people came from places like Mexico, Honduras and Guatemala, but now a new national origin has become more prevalent.

Hundreds of asylum-seeking migrants continue arriving in New York City in what has become a crisis in the Big Apple.

In August alone, U.S. Customs and Border Protection stopped more than 25,000 people from Venezuela — a 43% increase from July.

Venezuelans are also now the second-most-stopped group at the southern border, second only to Mexicans.

Although the U.S. has seen a rise in Venezuelan migration over the past few weeks, the country has been experiencing a migrant crisis since 1999.

Venezuela has lost approximately 13% of its population since then, including more than 6.8 million people since its economy collapsed in 2014.