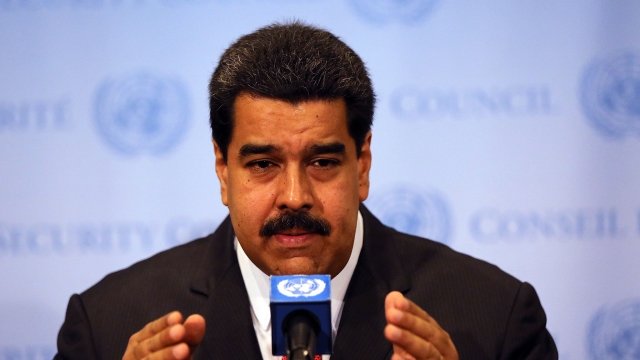 Venezuelan President Nicolás Maduro is calling for the country's massive debt to be restructured.

Maduro says the country will still make a $1.1 billion bond payment for the national oil company. After that, Venezuelan Vice President Tareck El Aissami will try to hammer out relief measures with the country's lenders.

Venezuela is in dire straits — the country currently has about $143 billion of foreign debt. Its central bank only has an estimated $10 billion in assets, a lot of which is believed to be in gold. 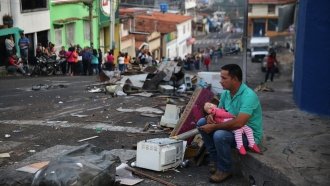 The country's financial woes are often blamed on decades of mismanagement and expensive socialist policies. But Maduro accuses the U.S. of making the crisis worse with economic sanctions.

The Trump administration has blocked Venezuela from using new debt to trade in the U.S., making it harder for the country to restructure its debt. El Aissami himself has been personally sanctioned from doing business in the U.S.

Venezuela has been scrupulous about meeting its debt payments in the past — despite severe domestic goods shortages. But Maduro's announcement raises the possibility of a default, which could lead to seizures of its overseas assets.