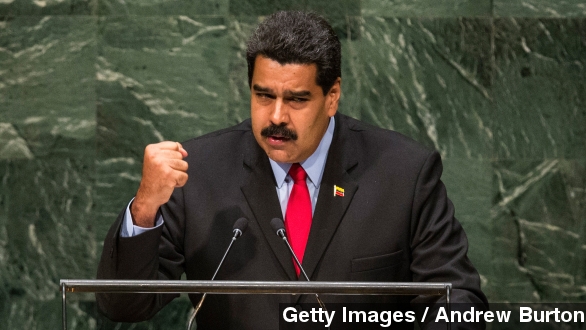 Venezuelan President Nicolas Maduro accused the U.S. of attempting to overthrow his government during his TV show Tuesday.

Part of the reason Maduro says this is because Biden hosted the Caribbean Energy Summit last week.

The meeting brought together Caribbean leaders to discuss ways to become more energy independent — and those Caribbean nations are currently dependent on Venezuela.

Falling gas prices are pushing Venezuela toward an economic crisis. (Video via CNBC)

As crude oil prices have dropped, the socialist government hasn't had the cash to provide basic import goods, like groceries and medicine. (Video via TeleSur)