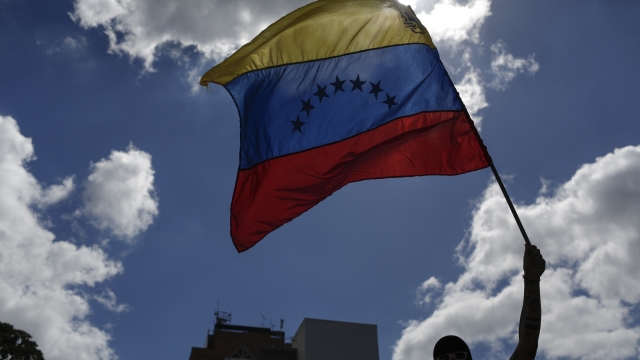 A high-ranking Venezuelan military diplomat to the U.S. has publicly broken ties with President Nicolás Maduro.

Venezuelan officials didn't take this lightly. The Defense Ministry's Twitter called the video "an act of treason and cowardice" and even posted photos with the Spanish word for "traitor" over Silva's face.

Silva's defection could have deep implications for the entire Venezuelan conflict. By and large, the military has remained loyal to Maduro, and that's been a huge asset to him. According to the BBC, armed forces are a key player in the outcome of this uprising, and the opposition is encouraging them to switch allegiances.

It's not such a long shot. Silva told The Washington Post: "There’s absolute discontent. Soldiers don't have enough money to feed their families. There's a higher chance than ever that some will rise up."

As for Silva, he's holding off on returning to Venezuela for the time being. On Saturday, the country's opposition-led National Assembly drafted an amnesty bill to protect any military members who defect from Maduro. A vote on that bill could happen as early as Tuesday.