Venezuelan Migrants Rush To Peru Ahead Of Tougher Immigration Law 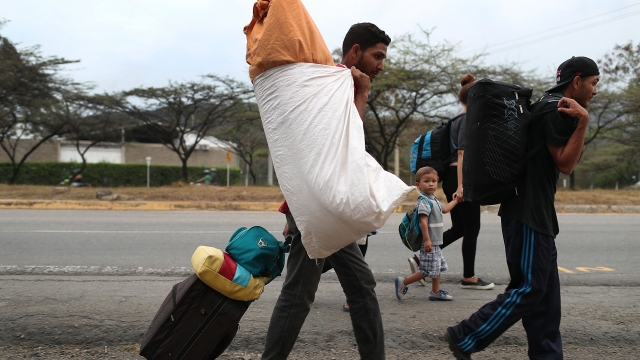 The law requires migrants from Venezuela to have a passport and visa to enter Peru. Previously, the country only required a national ID for entry.

Peru's president said the country has opened its doors to "more than 800,000" Venezuelan migrants and that the new law "ensures better control of who enters."

The two countries don't share a border. Instead, Venezuelans often have to travel through Colombia and Ecuador. Some walk over 1,800 miles to get to Peru.

On Thursday, around 6,000 Venezuelans reportedly crossed from Ecuador to Peru — three times the daily average.

About 4 million Venezuelans have fled their home country in the past four years, according to the United Nations. Peru houses over 700,000 of those migrants — the second most in Latin America after Colombia.