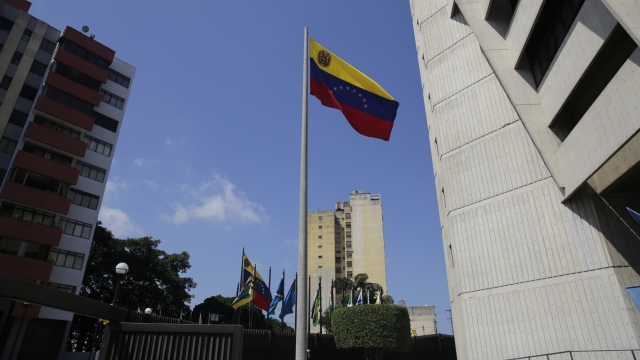 A high-ranking Venezuelan air force official has denounced Venezuelan President Nicolás Maduro and expressed support for opposition leader Juan Guaido, exactly a week after a top Venezuelan military diplomat to the U.S. did the same.

On Saturday, another video, of Gen. Francisco Yanez circulated social media. In the video, he says in Spanish that he doesn't support Maduro and instead recognizes Guaido as president.

He goes on to call on other members of the military to defect, and said that "90 percent of the Bolivarian National Armed Forces is not with the dictator, it's with the Venezuelan people."

If his assertion is true, it could have major implications. By and large, the military has remained loyal to Maduro, and that's been a huge asset to him. The armed forces are widely seen as a key player in the outcome of this uprising, and the opposition is encouraging them to switch allegiances.

Much like when Silva defected, the armed forces responded by posting pictures of Yanez with the Spanish word for "traitor" over the image, with a caption that says Yanez, "kneels before imperialist' pretensions."

Earlier this month, the Guaido-led National Assembly passed a new amnesty law for civilians and military who defect and join the opposition.