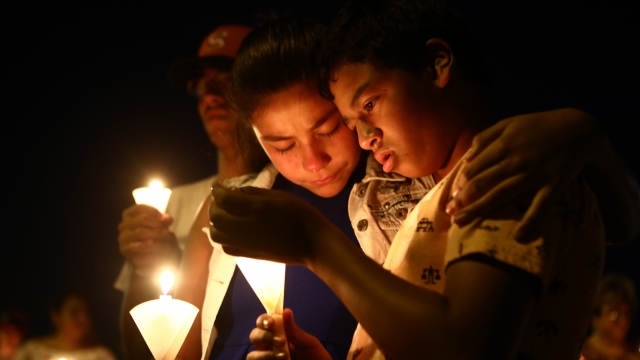 SMS
Countries Issue U.S. Travel Advisories After 2 Mass Shootings
By Caitlin Baldwin
By Caitlin Baldwin
August 6, 2019
Venezuela and Uruguay warned their citizens about traveling to the U.S. after shootings in El Paso and Dayton.
SHOW TRANSCRIPT

Venezuela's government suggested its citizens postpone travel to the U.S. or take precautions because of the "hatred against migrant populations, pronounced and executed from the supremacist elite who hold political power in Washington."

Uruguay issued a similar travel warning to citizens due to "growing indiscriminate violence, mostly for hate crimes, including racism and discrimination."

Texas police say the suspect in the El Paso shooting has been linked to a racist and anti-immigrant manifesto posted online before the attack. At least eight Mexican nationals were killed.

Both countries also list the "indiscriminate possession of firearms by the [U.S.] population" in their advisories and urge their citizens to avoid places with large crowds like shopping malls, theme parks and festivals.

It's worth noting the U.S. State Department has travel advisories for Americans to both Uruguay and Venezuela. It lists Uruguay as a Level 2: Exercise Increased Caution and Venezuela as a Level 4: Do Not Travel.