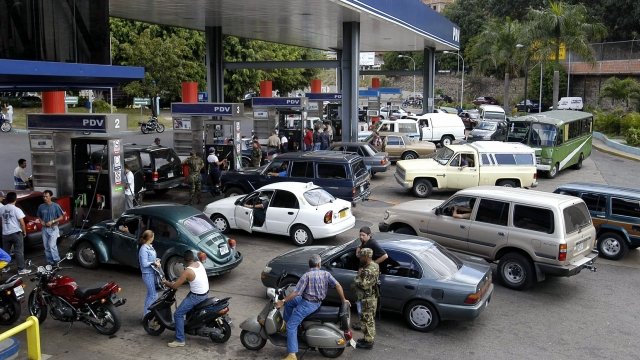 Venezuela will raise prices at the pump in an effort to curb gas smuggling to neighboring countries.

Venezuelan President Nicolás Maduro said Monday that "gasoline must be sold at an international price to stop smuggling to Colombia and the Caribbean."

Oil is one of Venezuela's main exports, and the cost of gas in the country hasn't increased in years.

But hiking gas prices has proven controversial in the past. In fact, dozens were killed in 1989 when violent protests erupted after the price of gas rose 90 percent.

Maduro said citizens with their state-issued "fatherland card" can still receive subsides at the pump for at least the next two years.

But many have refused the identification cards, alleging it's a way for the government to keep tabs on its citizens.