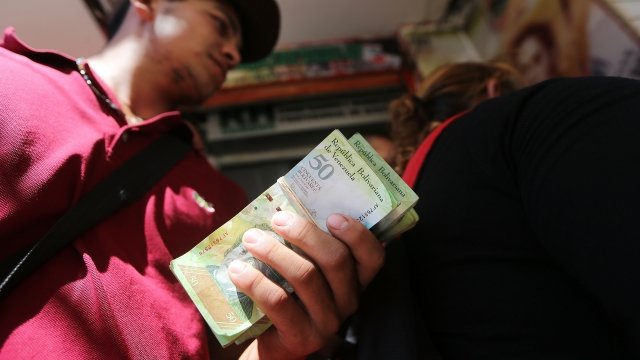 Venezuela has announced it's going to knock five zeros off its bolivar currency in order to help fight the country's massive inflation problem.

He said it will be linked to Venezuela's recently launched petro cryptocurrency, which will help stabilize the country's economy.

Venezuela had previously planned to print money with only three fewer zeros. But the move was ultimately postponed, and inflation continued to skyrocket. The news comes just days after the International Monetary Fund predicted that Venezuela's inflation will soar to one million percent by the end of the year.