Venezuela Will Hold Presidential Elections Before May 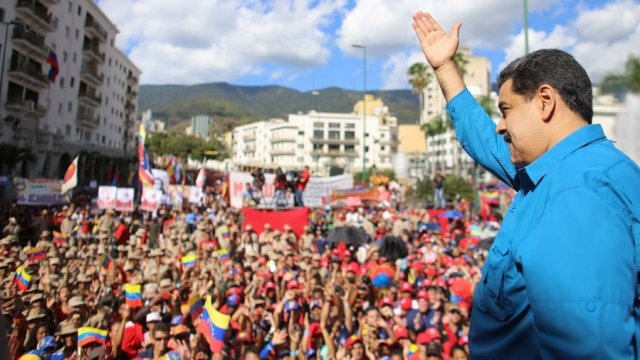 SMS
Venezuela Will Hold Presidential Elections Before May
By Jake Jones
By Jake Jones
January 23, 2018
Opposition to President Nicolás Maduro is splintered; some prominent leaders are in exile or in jail.
SHOW TRANSCRIPT

Venezuela will hold presidential elections by the end of April, months earlier than previous years and as the opposition movement against him is fractured.

Venezuela's next presidential term is constitutionally required to start in January 2019, but there's no rule on when the elections should be held.

Opposition to President Nicolás Maduro is splintered, with some prominent leaders in exile or in jail. Some are even barred from participating in the election at all.