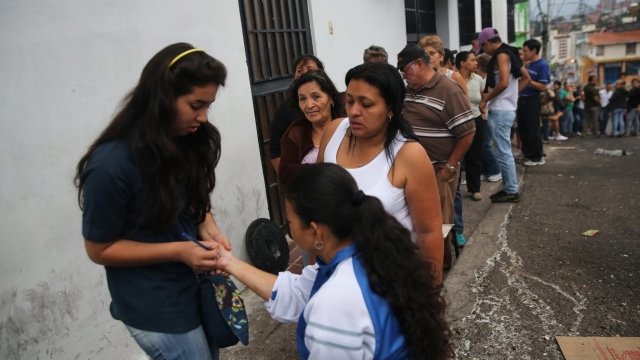 On Tuesday, the Venezuelan government repatriated 89 of its citizens who had been living in Peru, according to state media reports. They and thousands of others fled there to escape Venezuela's ongoing economic and political turmoil.

The repatriation effort is part of an initiative called "Return to the Nation," which is reportedly financed by President Nicolás Maduro's administration.

Meanwhile, Peru's President Martín Vizcarra declared a temporary health emergency in areas along the country's northern border. He said there was "imminent danger" to health and sanitation due to the mass migration of Venezuelans.

According to Peruvian officials, of the more than 400,000 Venezuelans now living in Peru, about half are staying there legally or seeking permission to do so.