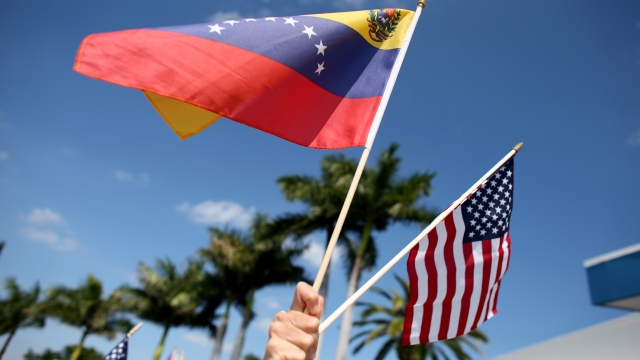 Venezuelan opposition leader Juan Guaidó has officially requested a meeting between his delegation and the U.S. Southern Command.

Guaidó's appointed ambassador to the U.S., Carlos Vecchio, said Guaidós administration "welcomes the support of the United States and confirms our government's willingness to begin discussions regarding the cooperation that has been offered."

In a statement, Vecchio said the meeting would focus on advancing "cooperation and strategic and technical planning" to stop the "suffering of the Venezuelan people and restoring democracy."

Guaidó called for "direct communication" with the U.S. military over the weekend.

Venezuelan President Nicolás Maduro's administration denounced the letter, calling it an attempt to destabilize the country.

Vecchio said the meeting is expected to happen in the next few days.