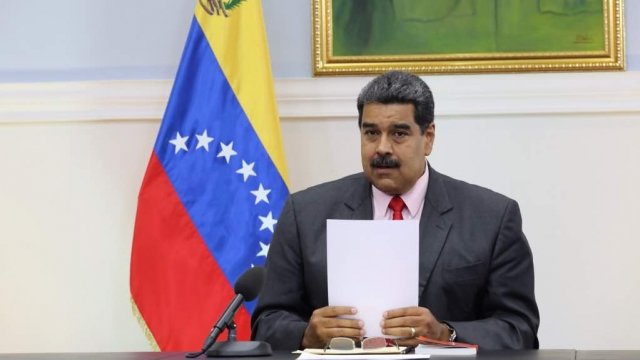 Venezuelan President Nicolás Maduro hit back at the U.S. following the third round of sanctions against his country.

In a televised announcement Tuesday, Maduro told the top U.S. diplomat and his deputy in Venezuela they had 48 hours to leave the country. He accused them of conspiracy against the government.

On Monday, the White House banned any U.S. entity from buying certain Venezuelan assets, which the country has been liquidating for a fraction of their original price.

The U.S. has been careful, though, not to directly sanction Venezuela's oil industry. Oil is virtually the only commodity Venezuela has to sell, and direct sanctions could worsen the already dire situation for many of the country's citizens.