US Aid Gets Snared In Venezuela's Political Crisis 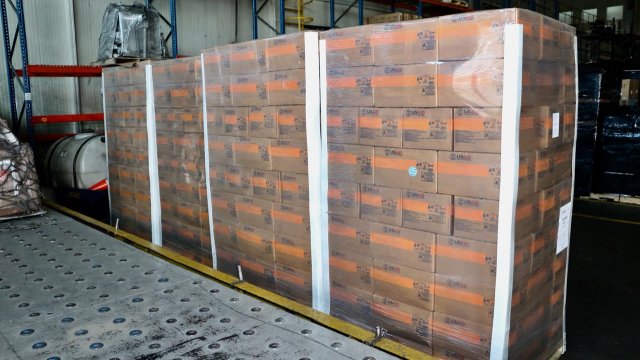 Humanitarian aid is the latest flashpoint in Venezuela's political crisis. Truckloads of food and medicine are being held up at the border due to the struggle for the country's presidency.

Jorge Jraissati is a Venezuelan expatriate and an activist leader, who's spent years speaking out against Venezuelan President Nicolás Maduro.

"You don't lose your freedom in just one moment. It is a process, step by step. To me the turning point that I remember the most is when in 2014 they incarcerated Leopold Lopez, who was a political activist in Venezuela. At that moment I think we all realize that this was a dictatorship."

Guaidó's claims are backed by the U.S. and other nations; the U.S. says it sent shipments of food, medicine and other supplies towards Venezuela at the opposition leader's request. Pressuring the Venezuelan government to accept the assistance could strengthen Guaidó's position. 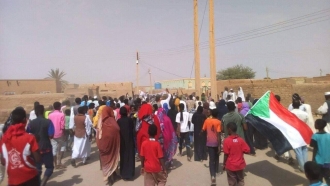 The Internet Can Be Used To Empower — Or Silence — Mass Protests

But Maduro has set up roadblocks to prevent the supplies from entering the country, saying it might be a precursor to further U.S. intervention in the country. Maduro has denied that Venezuela is in humanitarian crisis.

Several aid groups, including the Red Cross, declined to participate in this recent shipment of aid out of fears that the supplies would end up serving a political purpose.

Venezuela is certainly in dire need of help: widespread shortages of food and medicine have left the country grappling with sickness and hunger problems. A 2017 survey in the country found 67 percent of the population had lost 20 lbs or more over the year due to lack of food.

Jraissati says the aid is a good start, but Venezuela needs a more long-term commitment from the world to restore the country's shattered economy.

Jraissati told Newsy: "Right now, we have people that 10 years ago, there were engineers, architects, professors, teachers. And then today they're unemployed or they don't have a job. And I think we give them back that at least, we can start rebuilding the nation."