Venezuela Gets Its First Delivery Of Red Cross Humanitarian Aid 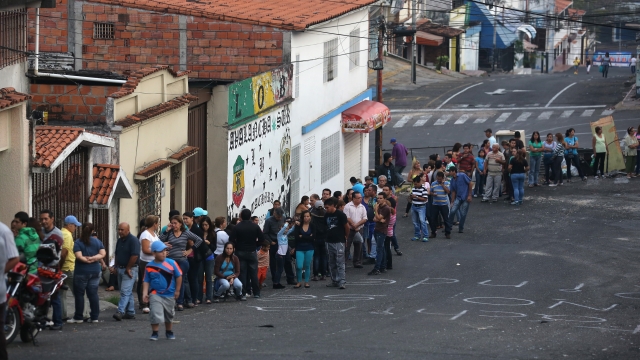 Venezuela is getting its first shipment of humanitarian aid from the Red Cross. It's being distributed after arriving in the country Tuesday.

Venezuelan President Nicolás Maduro said last week his government had reached an agreement with the aid group for "international assistance and support."

Under that deal, the International Committee of the Red Cross increased its operations budget for Venezuela to roughly $24.6 million. It had previously been set at $9 million.

Venezuela's ongoing humanitarian crisis only worsened after the county's presidential election last year. Maduro was re-elected for another six years in power, but several countries and political leaders accused him of rigging the election.

He had previously denied any humanitarian crisis in Venezuela and barred aid from entering the country.

Earlier this month, the United Nations' humanitarian chief estimated that about one-quarter of Venezuela's population is in dire need of aid.