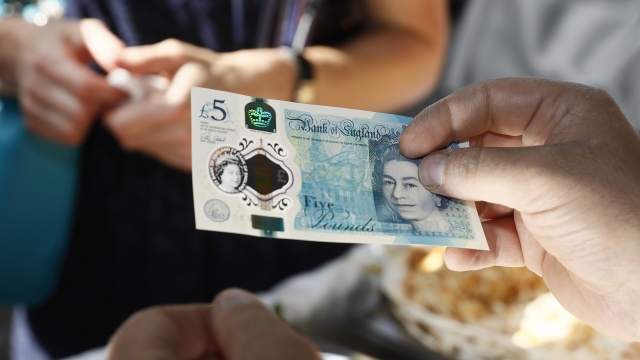 Vegans and vegetarians are protesting British cash because it contains animal fat.

In September, the U.K. switched its 5-pound notes from paper to polymer, a bendable plastic.

But on Monday, the Bank of England acknowledged they're made with tallow, a form of animal fat.

SEE MORE: Dirty Money: The Cash In Your Pocket Probably Has Poop On It

Tallow often comes from the kidneys and loins of sheep, cows and horses. Similar animal fat compounds are often used to make soaps and candles.

In the currency's case, the fat is added to make the notes anti-static.

A petition to remove the tallow on behalf of vegans, vegetarians and several religious sects quickly gained over 100,000 signatures.

And the outrage may spread beyond the U.K. Canada and Australia confirmed with CNN their polymer currencies are also made with animal fat.

The Bank of England argued the polymer bills are more environmentally friendly than paper because they last 2.5 times longer.

For now, vegans and vegetarians can use the paper 5-pound notes still in circulation. But come May, they won't be considered legal tender anymore.