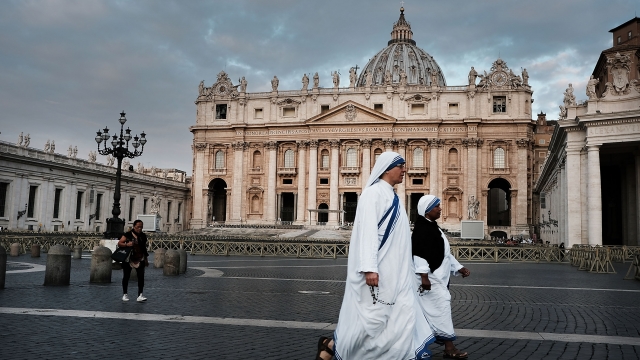 The Catholic Church put out a document criticizing the concept of gender identity.

The Vatican's Congregation for Catholic Education put together the 31-page paper, spelling out how Catholic schools, parents and others should talk about "gender theory."

It says "radical" forms of gender identity are "founded on nothing more than a confused concept of freedom in the realm of feelings and wants." The document says the idea of being transgender or gender neutral is "fictitious."

LGBTQ groups were quick to criticize the Vatican, calling the document "harmful" and a "gross misrepresentation of the lives of LGBTQ people."

The Catholic Church's conservative view of transgender people and gender identity isn't a surprise. But the document also calls for respect for everyone, writing "no one should suffer bullying, violence, insults or unjust discrimination based on their specific characteristics."