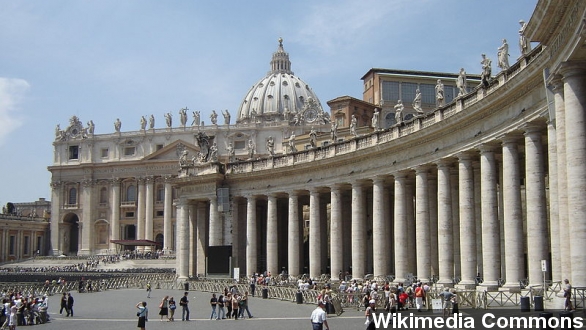 By Briana Koeneman
February 5, 2014
In what some are calling a scathing report, the U.N. has demanded the Vatican remove all clergy who are accused or suspected child abusers.
SHOW TRANSCRIPT

In what some are calling a damning and scathing report, the U.N. has demanded the Vatican immediately remove all clergy who are accused or suspected child abusers.

"The Holy See has consistently placed the preservation of the reputation of the church and the protection of the perpetrators above children's best interests." (Via Sky News)

The U.N. human rights committee claims church officials enforced a "code of silence" on clerics to stop them from reporting child abuse to authorities. It also accused the Vatican of moving abusers from parish to parish to hide their crimes.

According to The Guardian, the report says the Vatican should hand over any evidence it has on the abuse of tens of thousands of children so the abusers can be held accountable.

The BBC says other sections of the report criticize the Vatican's attitudes toward homosexuality, contraception and abortion.

It didn't take long for the Vatican to respond.

The Vatican said in a statement, "The Holy See takes note of the concluding observations on its reports ... [but] does, however, regret to see ... an attempt to interfere with Catholic Church teaching on the dignity of the human person ... [and] reiterates its commitment to defending and protecting the rights of the child."

The report comes just a few weeks after the U.N. committee questioned Vatican officials about the scope of sexual abuse of minors by Roman Catholic priests.

The BBC reports ​the Jan. 16 U.N. hearing was the first time the Vatican had been publicly confronted about the abuse. Church officials insisted they had taken action to prevent future abuse.

According to NBC, the U.N.'s recommendations in the report aren't binding, and it has given the Vatican until 2017 to report back to them.