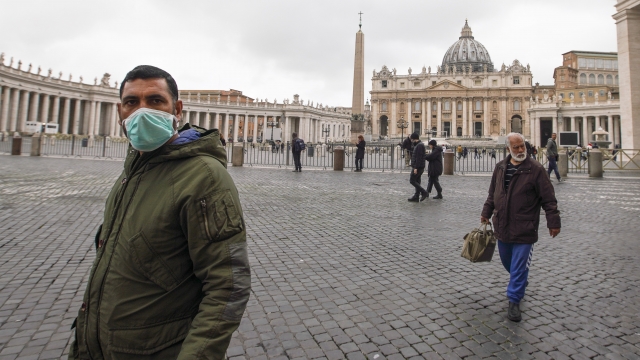 SMS
Vatican Closes Museums Over Coronavirus Concerns
By Bailey Vogt
By Bailey Vogt
March 9, 2020
The Sistine Chapel and other tourist areas will be closed until April 3 as the coronavirus spreads in Italy.
SHOW TRANSCRIPT

The Vatican is shutting down its museums as a precautionary measure against the coronavirus.

The Holy See Press Office announced Sunday the Sistine Chapel and other tourist areas would be closed until April 3 as the disease spreads in Italy.

This move by the Vatican comes after the Italian government closed public spaces like gyms, movie theaters and museums to stop the spread of the virus — which has infected over 7,000 in Italy, according to Johns Hopkins University.

One coronavirus case was found Thursday in the Vatican during a pre-employment medical examination, according to Catholic News Agency. Five people who interacted with this person have been placed in a preventative quarantine.

This comes as Pope Francis recovers from a cold. A Vatican spokesperson said the pope has no other illnesses and was recovering, according to The Associated Press.