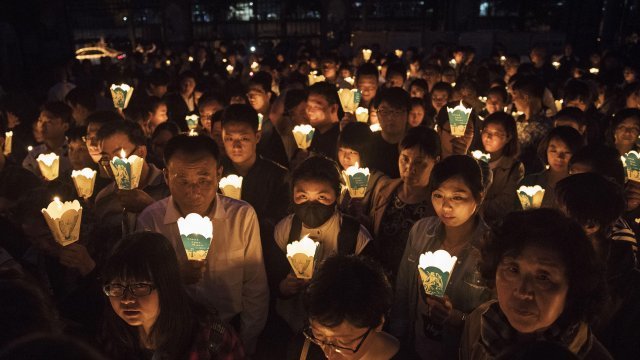 By Sebastián Martínez Valdivia
September 22, 2018
If confirmed, the provisional agreement marks the end of a decadeslong diplomatic impasse between the Vatican and Beijing.
SHOW TRANSCRIPT

Diplomats from the Vatican and Beijing have come to a provisional agreement on the appointment of Catholic bishops in China.

The agreement reportedly gives China the authority to propose potential bishops, with final approval coming from the pope.

The issue of who had that authority divided the countries for decades — China and the Vatican haven't had official diplomatic relations since 1951.

Critics of the agreement say it cedes too much power to the Chinese state, which has reportedly overseen a recent crackdown on religious groups in the country.

China is home to an estimated 10 million Catholics, although they are divided between state-sanctioned churches and underground congregations.