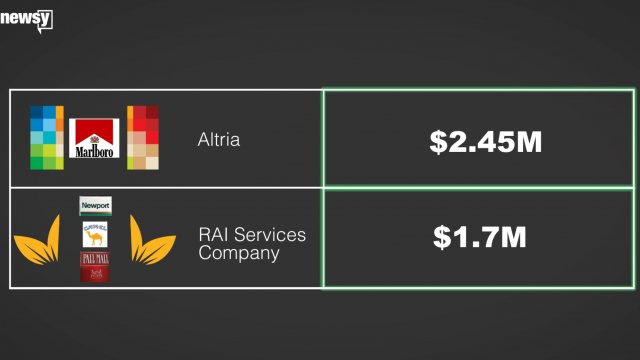 Last week, Juul announced it would no longer lobby against the FDA's proposed ban on flavored e-cigarettes.

But federal lobbying disclosure records show Juul was one of at least 13 entities lobbying the FDA on vaping issues in 2019.

"They're covering their bases," said Eric Lindblom, director for tobacco control and food and drug law at the O'Neill Institute at Georgetown Law. "The cigarette market has been in a decline. They want a new market that can expand the size of the pie. And that's e-cigarettes."

Altria has a major stake in Juul, and RAI Services has its own line of vaping devices, "Vuse."

Altria told us it supports the FDA's efforts to keep kids from vaping, including restricting flavors.

It's an uneven fight, Lindblom said.

"The tobacco industry on their side is just massive resources," he said. "They have the capacity much more than the public health groups do to bring legal challenges and lobby members of Congress."

The FDA lobbying coincides with the agency's steps underway to begin regulating vaping products, deciding as soon as next year which ones should be allowed on store shelves.