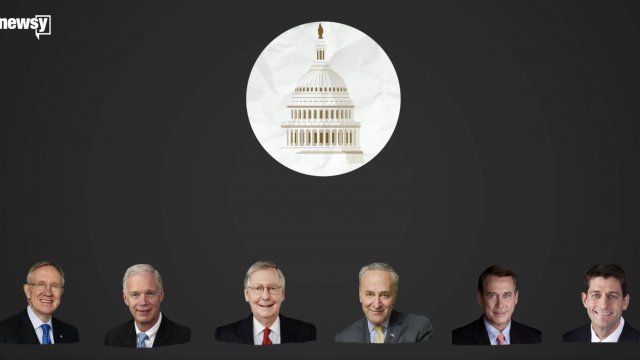 With hundreds of lung illnesses and some deaths linked to vaping, Juul is up against an increasingly hostile Washington.

Juul sees a need to have friendly voices at the table as the Trump administration and Congress consider new age limits, banned flavors and other regulations for vaping.

Juul and Altria, which has a stake in Juul, have hired 21 lobbyists in the past year, according to public filings we reviewed.

Most of the names on the list are people who know Washington because they once worked there at some of the most powerful offices on Capitol Hill.

What will all that political firepower get?

In a statement to newsy, Juul said, "We have grown our team to engage with lawmakers, regulators, public health officials and advocates across the country to drive awareness that JUUL exists to help adult smokers switch from combustible cigarettes and is committed to keeping JUUL products out of the hands of underage people."

The anti-vaping side says it can't match the almost $2 million Juul spent on lobbying, but says that may not matter.

"They're confronted with a tsunami of angry moms and dads from every single state, red and blue, demanding action, demanding we do more to protect our kids," said Matthew Myers at the Campaign for Tobacco-Free Kids.

Spending by the tobacco lobby as a whole has stayed about the same over the decades.

And it does not rank in the top 20 industries spending dollars to influence Capitol Hill.