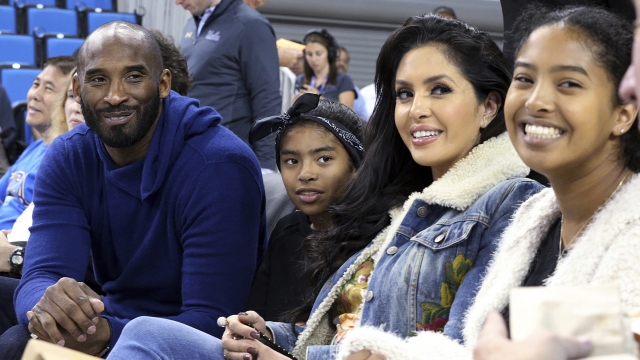 Vanessa Bryant has filed a wrongful death lawsuit against Island Express Helicopters in connection with the helicopter crash that killed her husband, Kobe Bryant, her daughter Gianna and seven others.

It alleges the helicopter's passengers and pilot, Ara Zobayan, were "killed as a direct result of the negligent conduct of Zobayan" and that Island Express Helicopters "is vicariously liable in all respects."

In the suit, Bryant argues Zobayan should have canceled the flight due to foggy conditions. She also accuses the pilot of failing to track and assess weather conditions, flying into dangerous conditions, and failing to keep a safe distance between the helicopter and natural obstacles.

The National Transportation and Safety Board, which is investigating the crash, says it found no signs of mechanical failure but that it has not yet determined why the craft went down. NTSB did find that Zobayan was qualified to fly using only instrument guidance in certain weather conditions, but that Island Express only allows pilots to fly when they can see where they are going. According to The Associated Press, Bryant's lawsuit points out that Zobayan was cited by the FAA in 2015 for not following the company's visibility rule.

Days after the crash, Island Express shared its condolences and suspended all services until further notice.

Bryant filed suit on the same day that family, friends and fans were celebrating the lives of Kobe and Gianna Bryant at a public memorial service at Los Angeles' Staples Center.