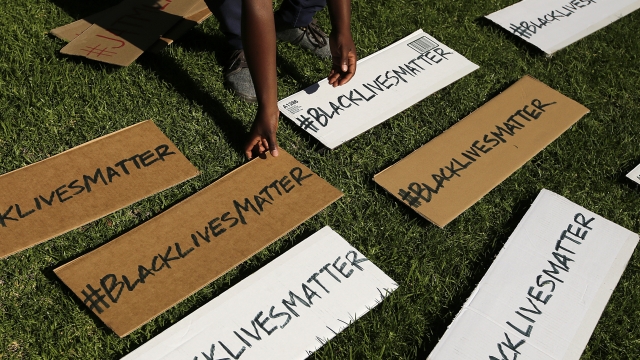 The incidents were caught on camera after the homeowner noticed damage on the sign and decided to install a surveillance camera.

Two men associated with a sheriff's office and a district attorney's office are facing vandalism misdemeanors after being caught on camera damaging a homeowner's Black Lives Matter sign.

In the video, a service technician from the Ventura County, California, Sheriff's Office can be seen slashing the sign in June, while an investigative assistant from the county's district attorney's office was seen cutting down the sign in May.

The incidents, which took place in Thousand Oaks, were caught on camera after the homeowner decided to install a surveillance camera near the sign after it had been damaged and removed multiple times.

Authorities say neither employee holds sworn-in positions. One was placed on administrative leave and the other resigned in response to the incident.