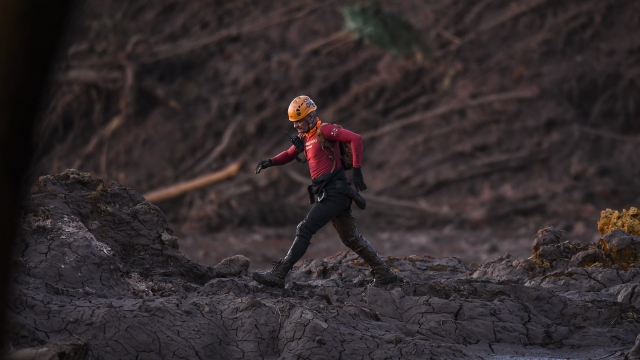 Brazil has arrested several people in connection with Friday's deadly dam collapse, including three employees of the company that owns the dam.

Vale mining company confirmed the arrests in a statement Tuesday. It said it's fully cooperating with authorities and will "continue to support the investigations in order to determine the facts."

Prosecutors said in a news release the Vale employees were involved in getting licensing for the mining project.

The other two people arrested are consultants with a German company that inspected the dam for safety.

The arrests came as the death toll in the dam rupture continued to rise. As of Tuesday, several reports said the number of confirmed deaths rose to 84 people. And hundreds are still missing in the muddy debris.