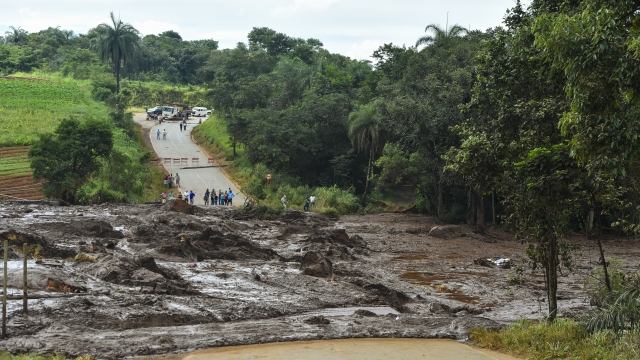 Brazil's National Mining Agency ordered the evacuation Friday for about 500 people living in three small communities near the Sul Superior tailings dam at the Vale-owned Gongo Soco mine near Belo Horizonte over fears that the dam isn't stable.

The evacuations come two weeks after a dam collapsed at a different Vale mine in the same area, killing an estimated 300 people.

Authorities ordered the evacuations after a consulting firm, denied the dam a certificate saying it was stable.

Vale isn't the only company taking precautionary measures. ArcelorMittal, a steel production company in Brazil, also issued an evacuation Friday for 200 people living downstream from a dam it says might not be safe.