Vaccine Shipments To Arrive Monday Morning To 145 US Sites 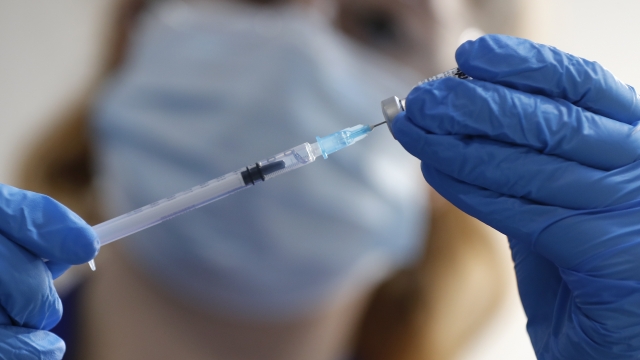 Now that Pfizer-BioNTech's COVID-19 vaccine has an emergency use authorization, shipments are rolling out.

Coronavirus vaccines will be sent to 145 sites in the U.S. Monday, according to an Operation Warp Speed official.

In total, he says, vaccines will be sent to 636 locations nationwide.

The US Food and Drug Administration issued an emergency use authorization (EUA) for Pfizer-BioNTech's COVID-19 vaccine for people 16 and older, saying that the research and data show it is safe and effective. With an EUA, it's only temporarily approved during the emergency of the pandemic. Pfizer will have to apply for full approval, or licensure, later down the line.

"The representations in the press that I was threatened to be fired if we didn't get it done by a certain date is inaccurate," FDA Commissioner Dr. Stephen Hahn said.

Vaccine hesitancy is a concern. If not enough people get a COVID vaccine, it won't do much to curb the virus.

"We are also aware that some feel that the speed with which this development and then regulatory process took place might give them concerns about the vaccine," Hahn said.

Hahn pledged the FDA will be "very clear and transparent" about the process and data. The CDC and Pfizer plan to monitor vaccine recipients for potential side effects after getting the shot. Two people in the UK had sudden allergic reactions that required an EpiPen. Hahn says the CDC is making sure every vaccination site will have available EpiPens, along with Benadryl, and hydrocortisone.

People who are pregnant or have a history of allergic reactions to any of the vaccine's ingredients should talk to their doctor before getting vaccinated.

"Tell your doctor if you've had allergic reactions," Dr. Peter Marks, director of the FDA’s Center for Biologics Evaluation and Research, said. "They'll help determine, knowing what's in the vaccine, if you might be allergic to one of those components."

As shipments roll out, hospitals are preparing. Health care workers - including doctors and nurses on the front lines of the pandemic - are first in line to get the vaccine, along with residents of nursing homes or other long-term care facilities highly vulnerable to COVID-19.