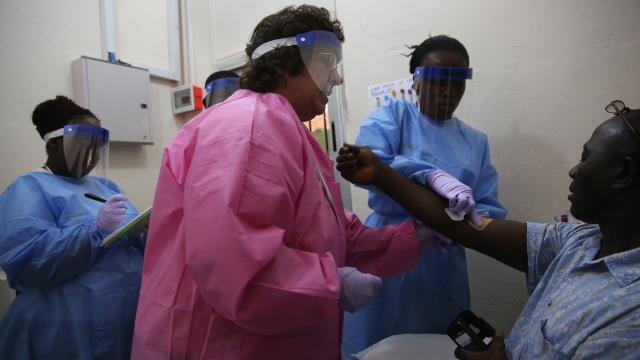 It's estimated to be a $178 million investment. The stockpile will be available to poor and middle-income countries for free, and those countries would also receive funding for vaccine campaigns. Wealthier countries will have access but would have to pay for the vaccines they use.

Gavi is a public-private partnership that includes the WHO, UNICEF, the World Bank, and others. The WHO prequalified the vaccine last month, which means the vaccine meets the health organization's standards for quality and safety. The approval will speed up licensing, access and rollout of the vaccine to countries most at risk for Ebola outbreaks.

The new drug is manufactured by U.S. pharmaceutical company Merck. The company received approval from the European Commission to market the vaccine in November.

The current outbreak in Congo has been going on since at least August. It's caused more than 2,200 deaths and is the second deadliest Ebola outbreak ever.