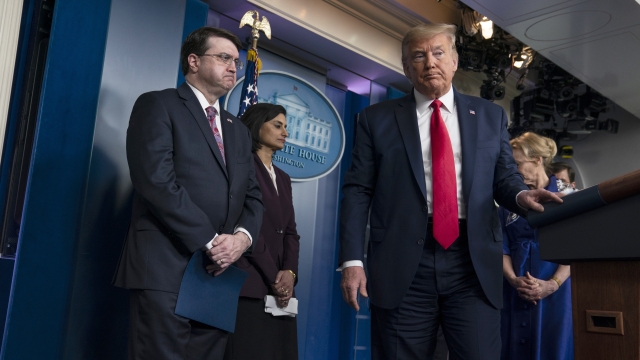 VA Secretary Robert Wilkie says his department has 3,000 medical staff ready to deploy to help fight the coronavirus in the U.S., if called on.

Wilke told reporters, "We plan for that every day. We're gaming out emergency preparedness scenarios, and we stand ready when the president needs us to expand our mission."

Although the VA's health care department primarily takes care of veterans, it's also been used to backstop the public health sector during times of crisis.

In an interview with Newsy, Wilkie said the department has 3,000 medical staff who can be deployed to areas overwhelmed by the virus.

Wilke said, "We are the stopgap. We are the emergency civilian response force."

But to get those resources, state governors first need to ask the U.S. Department of Health and Human Services for help — and Wilkie says no one's called on those resources yet.

Wilkie said, "We haven't seen what the states have asked, because they haven't asked yet. But we stand willing and able, as we always do, in case we are called upon."

As for its primary mission, the VA says it's administered over 300 tests among veterans nationwide. So far, 44 veterans have been presumed positive for the virus, and one has died from it.