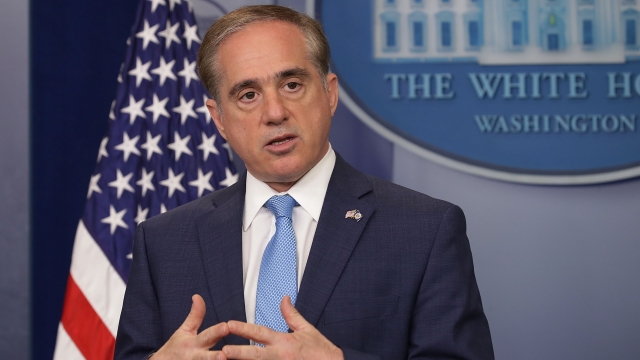 By Matt Picht
May 31, 2017
Veterans Affairs Secretary David Shulkin plans to lower the veteran suicide rate — but the bulk of the problem happens outside of the VA system.
SHOW TRANSCRIPT

Veterans Affairs Secretary David Shulkin wants to get the veteran suicide rate down to zero. But a lot of the problem happens outside the reach of his department.

Shulkin told reporters: "As you know, 20 veterans a day are dying by suicide. That should be unacceptable to all of us. ... Of the 20 veterans a day that are taking their life through suicide, six are getting their care in the VA system and 14 aren't."

A lot of suicidal vets aren't receiving health care from the VA, and part of the reason for that might be how they left the service. 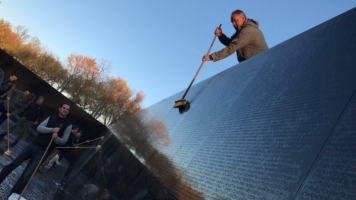 A recent government survey found about 13,000 service members with other-than-honorable discharges for misconduct had mental health disorders — and those discharges might keep vets from getting VA benefits.

Shulkin already has plans to offer emergency services to some of those vets. He's also hoping for more money from Congress to help tackle veteran homelessness, a major risk factor for suicide.

But the VA has some in-house work to do as well. A recent report found the agency's suicide hotline was still struggling to respond quickly and effectively to veterans in urgent need of help.

Shulkin says the hotline has been staffed up and responds to 95 percent of calls within 20 seconds. The number is 1-800-273-8255; it also has online chat and texting services.